Margarida Cordeiro (1939) and António Reis (1927–1991) are two path-breaking figures in the Portuguese cinema that emerged in the wake of the rebellion of 24 April 1974. Their films, which operated outside the prevailing urban movements taking place, invented a filmic language that was at once poetic and hypnotic, a style and sensibility that would pave a long tradition of radical cinema in Portugal.

In Portugal António Reis is seen as a visionary, a master who had a major influence on the awakening of Portuguese cinema and a new generation of film-makers in the 1980s and 1990s, his poetry previously shining when Manoel de Oliveira invited him and Paulo Rocha to work on his first radical masterpiece, Rite of Spring (1962). The ethnographic and poetic cinema defined by Oliveira and Reis would later impact on the four works Reis directed with his wife, psychiatrist Margarida Cordeiro, which are screened in this series alongside Rite of Spring. The Museo Reina Sofía will, therefore, dig even deeper into the exploration of the auteur cinema that has shaped its programming in recent years, thus setting up continuities and relationships with the comprehensive retrospective on Straub and Huillet – huge admirers of these film-makers – held in 2016.

A large part of the revolutionary cinema in Portugal after Salazar’s dictatorship was markedly urban, yet Cordeiro and Reis emphatically went against the grain, moving away from urban landscapes towards the inland emigration that was distorting the country. With impoverished farm workers arriving in the capital every day after serving in the Colonial War or living in squalor in outlying villages, the film-makers deliberately wandered away from the city, working instead on the material and mythical structure of the remotest region depopulated by those leaving: Trás-os-Montes.

This unequivocal gesture was a provocation: the new democratic leaders had to understand the dialectic between aesthetic wealth and material poverty that determined the ways of life of the people they were representing. The film-makers set out to show how the symbols of the country’s poorest and most afflicted region, the most dispossessed, were those that had manifestly endured over time.

As with the revolutionary hindsight of Straub and Huillet, in Cordeiro and Reis there was a refusal to separate the nascent work from the one refusing to die, and they explored rural microcosms in a way that could be deemed anthropological, despite constituting a heterodox anthropology. In Reis’s words, “nobody can know what’s involved in making a film of this kind. It involves a body-to-body struggle between ancestral and ultramodern forms, between wolves and a Peugeot 504, between Neolithic ploughs and gas cylinders”.

The overlapping scenes form a kind of stratigraphy, with the shots cutting through successive layers of time in history, through everyday time. The work brings to mind the weaving of a mottled tapestry, assembling cloth from different ages, the sequences often operating around a feeling of touch – almost unique in the history of film — and a refinement in the symbolism of colour as an element which can create rhymes and distant relationships. The labyrinthine composition of Cordeiro and Reis’s films, which disorientated and fascinated contemporaries such as Jean Rouch, Joris Ivens and Jacques Rivette, does not abide by fantasies of reality, but rather adheres to the need to reproduce it in a profound, coherent order, “as though time never existed”, as Manoel de Oliveira put it.

This film series presents their work as a whole, described as brief and radical, poetic and popular, decisive and pivotal to the identity of contemporary Portuguese cinema by film-makers such as Pedro Costa, João Cesar Monteiro and João Pedro Rodrigues.

All screenings are in OV with Spanish subtitles. 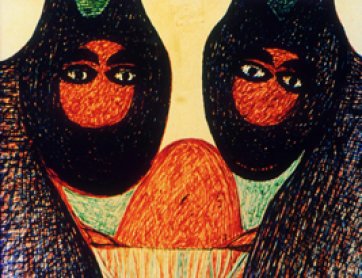 Jaime pays homage to the blurred figure of Jaime Fernandes, a deceased psychiatric patient in Lisbon who leaves behind hundreds of poignant drawings made in the last three years of his confinement. Cordeiro and Reis’s first film does not become ensnared in the usual traps – many of which are compatible – of presenting Jaime as abnormal; in other words, as a patient, not somebody who was imprisoned for thirty-eight years, or as an outsider, not a poor person, as a brut artist and not as a farmer. Following the screening, Manuel Asín, curator of this film series, will develop a presentation on the filmic model of Reis and Cordeiro. 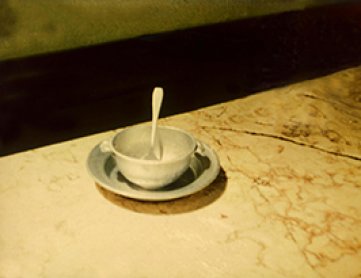 Panel: The image of the people. The cinema of Reis and Cordeiro With the participation of José Manuel Costa, Vítor Gonçalves and Jaime Pena

With the participation of José Manuel Costa, Vítor Gonçalves and Jaime Pena

The work of Reis and Cordeiro has been used to build a genealogy of the prestigious contemporary auteur-cinema in Portugal, also to propose a poetic counter-history of popular cinema, in its dual political and ethnographic meaning. Oblivious to the paternalist praise of poverty during the dictatorship of Salazar, Reis and Cordeiro pose an image of the people inseparable from myth, common knowledge and social history. This panel debates their artistic proposal, with the participation of José Manuel Costa, director of the Portuguese Cinemateca, Vítor Gonçalves, filmmaker, screenwriter, producer and member of the so-called School of Reis, and Jaime Pena, film critic and Head of Programming at the CGAI (Galician Center of Arts of Imaxe). 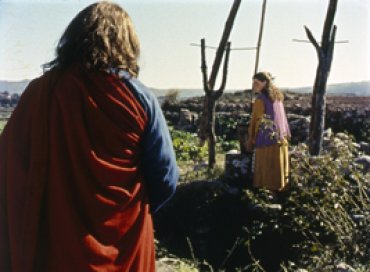 António Reis’s first professional work was as assistant director on a film that marked a shift in Manoel de Oliveira’s film-making after twenty-one years of forced silence. The film focuses on the recording of a medieval mystery on the Passion of Christ represented in a small mountain village. This prompted Oliveira to reflect on the conventions of representation and the specific characteristics of words in cinema, and the experience would have a lasting effect on Reis and on his film’s as a director, if only to disassociate himself from it. 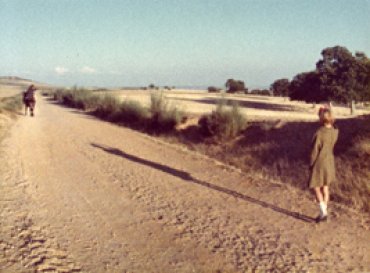 The theme running through Trás-os-Montes is the architecture — in the broadest sense of the word —of one of the poorest and remotest regions in Portugal which is becoming depopulated through the emigration of adults to the capital or other European cities. The film offers a panorama of the multiple lifestyles of rural life, in contrast to the fate that looms with progress; the fate of disappearance: cyclical lyricism of traditional imagination under threat from the rhetoric of history. 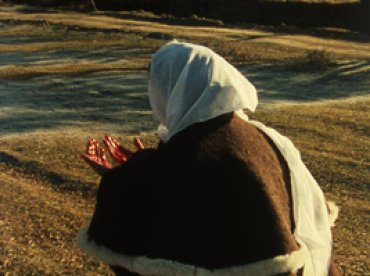 In Trás-os-Montes the centrepiece was place — in some ways imposing itself on humans — whereas landscape is personified in this film in the figure of Ana, Margarida Cordeiro’s mother. The result is introspection, a collection of mental images tracing a parallel between a symbolic, non-narrative portrait of a character and her environment. 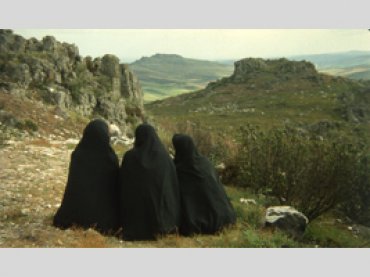 “5,000-year flashbacks”, Joris Ivens said about Ana. The film-makers took note and in Rosa de Areia spatial, temporary and symbolic exploration of the region has even broader strokes, with the disproportionate scale of relations — from the cosmic to the microscopic — losing its footing. “A film to see and hear as though it were for the first time, as though it were the first film to come out of the earth and talk about it”, according to Margarida Cordeiro.