This film season continues a series of programmes that have addressed the change to structures, narrations and methods of film-making in recent Spanish cinema. With three editions to date, the series has looked to reflect the shake-up in what has been coined “other cinema” in Spain, characterised by the use of precarious images, the employment of events within fiction and the permanent inquisition of reality. Under the title The Memory of Disrepute, this year’s edition reflects how “other cinema” invents its own genealogy, exercising a discontinuous and partisan audiovisual history, where contemporary films enter into dialogue in double sessions with past films, reviewing and negotiating their debates and approaches.

At the end of the 1960s and during the 1970s, a significant number of film-makers focused on a stylistic and discursive break-away from the cinema produced in Spain at the time. Although it was multi-directional cinema, it shared the same subversive attitude, one of resistance towards cultural frivolity and political deactivation imposed by the late Franco regime. From 1982 onwards, a new legislation dismantled networks and the people that upheld this cinema, replacing this model with one of public funding and “consumption” in theatres. Thirty years on, the demolition of this paradigm has prompted the return to another form of production, another circuit of exhibition and, primarily, another language. This film series sets out how “other cinema” echoes the imagery, themes and poetics directly related to cinema from the 1960s and 1970s, produced at a time of unrest, with a political regime that was coming to an end and another, now thought of as highly fragmented, that emerged disillusioned.

Similar to the precedents of vindication, “other cinema” is regarded as a document of the present. Produced by a generation born during the Transition to democracy in Spain, its function has been to demolish received ideas that defined education and a broken horizon. The formal end product stands out among them; thus, all of these films are characterised by their search for a cinema of takes, as opposed to shots, following Dominique Noguez’s directive: another way of showing will bring another way of thinking. 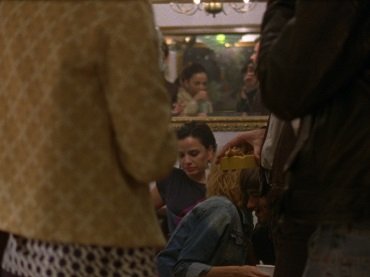 An uninterrupted line of democracy that runs from 1978 to 2013, with 1982 as the landmark, the year of absolute majority for Spain’s PSOE socialist party. This could be how the official accounts summarise a society of well-being in Spain, a summary disputed by this film. El futuro is a continuous party that takes place during a night in 1982, precisely this landmark night, occurring with no script and as a pure event, reflecting the euphoria and enthusiasm characterising a recent time period. That party for democracy, the paradoxical title of a key film in militant cinema, becomes a bitter hangover that reveals the anachronisms in the conversations that introduce a present time, in 2013, where the horizon of celebration is an authoritarian farce. La fiesta, wrote Teresa Villarós in reference to the Movida cultural movement in Madrid, conjured the loss of the utopia of resistance during the dictatorship. This glossing over of a void is dismantled by El futuro, initiating a kind of cinema unfurled over two time periods. 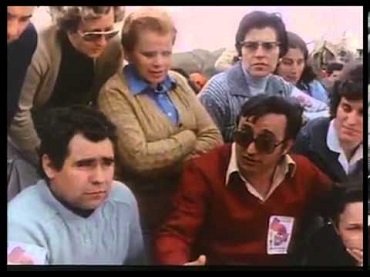 The desire to know what was happening in Spain after the death of Franco, where the political and social situation was heading, with an analysis that was useful, lucid and sincere, lead film-makers to draw up a notarial deed on Spanish realism. Following along the lines of “film inquiry” productions (in which Pier-Paolo Pasolini and Jean Rouch participated), Después de... spans the whole ideological range, from the far right to the revolutionary left, the attitudes, words and actions present in Spain at the end of the 1970s, where the victorious and the defeated came out of this model process that was the Transition to democracy. The scheduled premiere coincided with the 23-F coup d’etat, which scared the distributor into holding back its screening; therefore, until now, the film hasn’t been shown in a normal fashion. 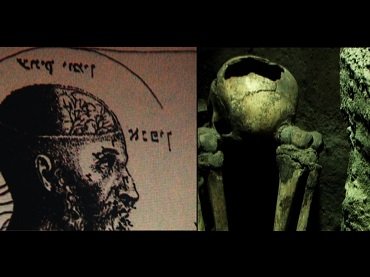 Cábala caníbal portrays a double journey. The first sets out in search of family identity rooted in Castilla, which moves towards diaspora, exile and exodus. The second journeys the underground channels of Spanish culture, where heterodoxy, freedom and rebellion have always been pursued. When both journeys converge at the same point, the dark side of Spain that imprisons everything, we can only try to escape forward, whilst looking back with terror, as in Benjamin’s famous description of Paul Klee’s Angelus Novus. The fourth film by Daniel Villamediana, a director and critic whose work has always been oriented towards the search for hidden, not vindicated, cultural idiosyncrasy, shows how the history of Spain has always written about a very narrow collection of authors and considerations that are worth moving beyond. 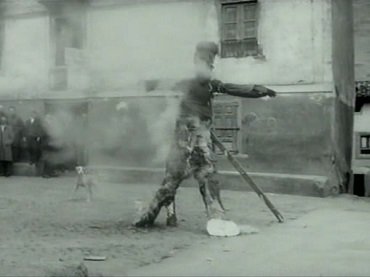 A journey through the atavistic rites, where Spanish identity is born, intact for centuries. Halfway between anthropological essay and folkloric logbook, between social critique and lyrical sketch, Lejos de los árboles becomes a faithful portrait of what we are and of what we cannot shake off, without the need for deformed mirrors or an added stark reality. With this film, Esteva recovers a structured political critique by means of the ethnographic study of Land Without Bread (Luis Buñuel, 1933). Jacinto Esteva took seven years to shoot and assemble this feature-length film, slaughtered by censorship in its premiere as 20 minutes were removed (in a report, the censor described the film as the “unilateral vision of a barbaric Spain without positive contrasts”). This session presents the version reassembled by Pere Portabella in 2010, with the aim of moving closer to the version that Esteva sought. 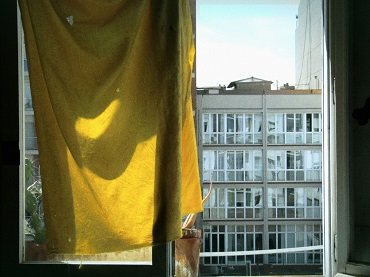 This film explores the recent injustice concerning the criminalisation of dissidence and the eradication of alternative ways of life in the city of Barcelona. In 2006 a police officer was put in a coma after being hit by a pot that fell during the eviction of a squatted theatre. This incident led to the arrest and imprisonment of five young people for three years, in some cases charged without proof of their presence. One of them, the poet and queer activist Patricia Heras, committed suicide. The trial revived the old Francoist notion of “social danger”, now applied to a new community reduced to an “anti-system” and condemned through their difference. As in De Nens, by Joaquim Jordà, Artigas and Ortega convey the city’s dispute together with the theatrical and oral interventions of a missing poet. 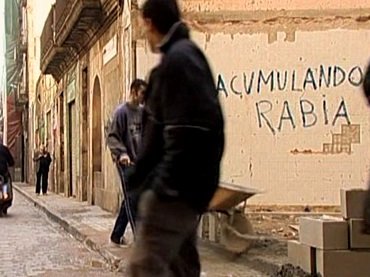 Originating from militant cinema and a member of the Escuela de Barcelona, De Nens is the culmination of the work and cinema projects of a film-maker that pursued identity from radical difference. The film narrates the widespread, media and legal trial of a supposed paedophilia case interwoven in the neighbourhood and associative fabric of the then downtrodden area of El Raval, in Barcelona. The sentence allowed urban “cleanliness”, as well as “social”, in the historical centre, involving the rebuilding and adaptation of the old Chinese neighbourhood to a new speculative city model. Jordà realises a difficult interplay of counterpoints and tensions, where reality is interpreted from his fabled and theatrical version. The other, but not guilty, patient is the person that reveals the true perversion of normality, the abuse of the apparatus of power against the most extreme poverty and the construction of administered and controlled truth. 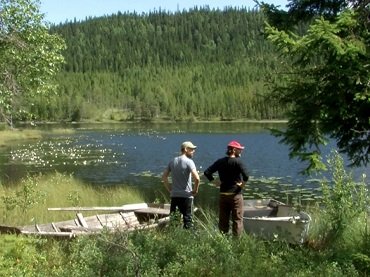 Among the references to Jonas Mekas and new cinema from Galicia, this film narrates, in diary format, the emigration of a young twenty-something film-maker, where nostalgia is overcome, submerged in the process of learning a new language and a new profession, whilst this uprooting is also utilized to construct an identity that was lacking in his country of origin. Yet this emigration is just a reflection of that of his grandparents, who also migrated to combat the precariousness that in this film returns as a cycle. Through the constant documentation of his new environment, his new job as a labourer, as well as his new relationships, Serén reflects on the condition – and sense – of this maladjustment, in which, irremediably, he becomes like any other emigrant. 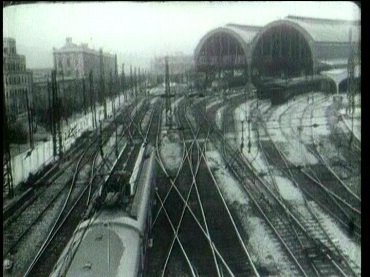 Beyond the figure of the comical and clumsy emigrant that doesn’t adapt to their new destination, a recurring theme in the comedy of developmentalism, here another reality is shown, one that flees from the misery and inevitability of change. Jacinto Esteva retraces the steps of these emigrants and sets out on a journey from Geneva to the suburbs of Almería and Barcelona, in connection with the photography of AFAL and the writings of Juan Goytisolo. Soler, meanwhile, demonstrates the difficulties in the life of the emigrant, settled on the margins of large cities and without contact with the improvement seen from afar on the horizon of privately owned flats. This session represents the premiere of Notes sur l’emigration in Madrid, a film that caused such huge controversy on its first screening in Switzerland that Franco’s government ordered it to be seized – an order that entailed a paramilitary command being carried out in Milan during the presentation of one of Juan Goytisolo’s books; therefore, it had been missing for fifty years until its recent discovery. 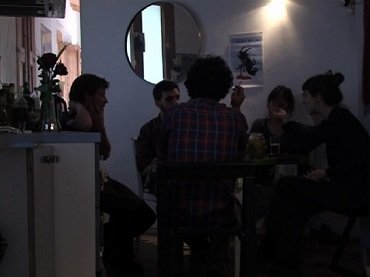 Setting out from The Aesthetics of Resistance (1975-1981), this film aims to respond to the famous question that forms the backbone of Peter Weiss’s novel: how to write about revolution avoiding the narrative forms of the society that it is precisely trying to overcome. Ledo, following Weiss, merges intuition and theory, history and events in a film often interpreted as a turning point in the frustrated lives of young people that now start to imagine another future. The synchronisation of the 1930s and 2010s in the occupation of the Hotel Colón in Barcelona gives rise to an abstract assembly and almost hour-long shot-sequence featuring a group of young people, as in Portabella’s El sopar, who debate what to do around a table. Nevertheless, in contrast to this preceding film, they travel on a reverse path: the contemplation of experience. 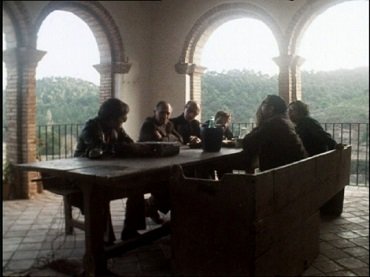 Five political prisoners gather in a farmhouse during the Franco regime to discuss the transformative capacity of direct action, the effectiveness of hunger strikes and the absence of perspective from prison reclusion. Considered anomalous in Portabella’s filmography after a previously classical narrative canon, for instance Vampir-Cuadecuc (1970) or Umbracle (1972), El sopar, however, sets in motion much more complex mechanisms. The country villa as the place of origin and the regionalism of the setting reveal, along with the cinematic apparatus, that we are not watching a documentary, but rather a mythical and theatrical space. The five main characters play the role of politics understood as public scenography, a declamatory and melancholy chronicle of resistance condemned to disappear and which, as they finally conclude, found its most sublime space in prison itself.

free, until full capacity is reached