Resonance is a series of sound interventions for a specific site, activating the acoustic and historical space in the Museo Reina Sofía’s Sabatini Building. The programme refrains from using the auditorium and electronic amplification, which means guest artists, musicians and composers will present a series of pieces that set in motion alternative contexts for sound and contemporary music.

This series lays out a set of interventions that work with unwanted echoes and resonances, developing the properties sound possesses, depending on where it is produced – a quality that the careful design of auditoriums, speakers and earphones have tried to make us forget.

Modern music in Europe changes with the buildings that houses it. There is a type of opera for a type of opera house, while the waltz in large-scale rooms does not possess the same musical form as swing music in dance halls. Buildings designed for listening such as auditoriums – which are becoming increasingly more specialised – direct attention frontally or define space shared by the musician and listener. The introduction and popularisation of the record player, electronic amplifiers and radio have established new ways of listening based on reproduction, where the musician and listener become more and more distanced and where there is no control over who accesses the symbolic space of the music.

This series puts forward other paradigms of listening, introducing six sound interventions as possible alternatives to the traditional history of modern resonance. Where are we when we listen? When we listen are we in another world or inside the music? writes Veit Earlman. Listening is to live in the sound, and the pieces for these other modes of listening in the Sabatini Building include, among others: a collective performance for voices and vaults by Mattin, a wind concert without blowing for garden and rooms by Alex Mendizabal and a duo for two saxophones and two staircases by Jean Luc Guionnet and Artur Vidal. 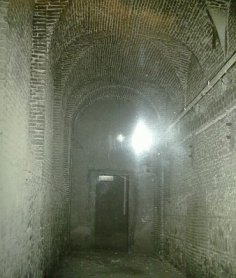 Free registration, open until 13 May
Please send your CV and a cover letter to artesenvivo2@museoreinasofia.es
List of accepted aplicants

Intended for people interested in contemporary art, performance and sound practices, the workshop sets out from the historical resonance of the Sala de Bóvedas, located in the basement of the Museo, which underscores the qualities of voice in relation to insanity.

Mattin’s sound, performance and theoretical production focuses on different political aspects of noise and improvisation, his work encompasses noise records and concepts and deals of identity on the voice, as well as collaborations with other improvisation artists and groups like Sakada, La Grieta and Billy Bao. In many of his projects the idea of musical performance is destroyed or social and hierarchical organisation becomes apparent. 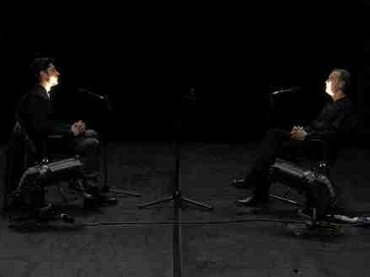 This collective intervention looks to appropriate the subjectivities and temporalities that comprise the historical resonance of the Sabatini Building. Devised in the workshop calling for proposals and performed by the same participants, it will take place in the Sala de Bóvedas, one of the oldest spaces in the building which, until the closure of the General Hospital in 1963, housed hydrotherapy facilities and rooms for patients with dementia. 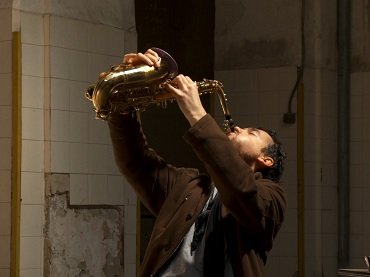 The concert featuring these two saxophonists is held simultaneously in two symmetrical staircases, separated by some two hundred metres – despite the fact that nowadays they are cut off, in the past they were an essential part of the building in its years as a hospital. The intervention stems from the interaction of the wind instrument with the granite, enormous staircase and the setting it occurs in.

This is the first time both world-renowned saxophonists have worked together, although they will be performing in different places and hearing them at the same time will be impossible. The simultaneity of the intervention looks to break away from the duo structure in which the performers communicate by seeing and listening to one another, and looks to rethink the arrangement of a standard programme, where one musician follows the other in time.

Both musicians have worked with the potential of the instrument and the circumstances that arise in live performance. Artur Vidal’s work interacts with the specific site and the space it circulates around, while the music of Jean-Luc Guionnet relates external elements and the instrument used to a question or theoretical principle, for instance what is rumour. 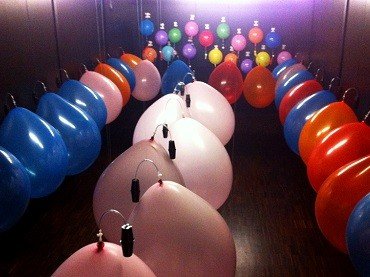 Alex Mendizabal. Concert for a Patio, a Room, ½ a Litre of Liquid Soap, Water, 248 Balloons, Taps and Etceteras

This concert uses 248 balloons as a wind instrument, which, together with soap and water, explore two very different acoustic spaces: on one side, the space in the bay of the vaults and the different woods in the Protocol Room, originally conceived as a kitchen before becoming a space for linens in the 19th century, the Protocol Room in 1986 and a gallery for temporary exhibitions in the present day, where the sound is warmer and more contemplative. And on the other, the garden’s open space, the only one remaining of the five designed by the hospital in the 18th century, where the balloons weave a fusion of changing tones to circulate around.

Over the last 30 years, Alex Mendizabal has intervened in different musical and sound environments, setting out from more traditional compositional arrangements such as sheet music and magnetic tape to include playful and heterodox forms. He has participated in the Ertz festival (Bera). 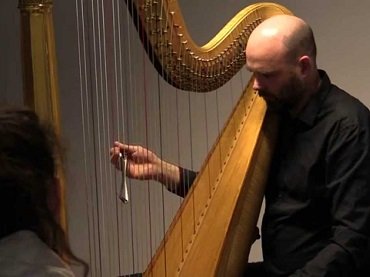 Occam I was formulated by composer Eliane Radigue for Rhodri Davies in 2011. The piece is based on the electromagnetic and audible spectrum, the relationship of the body to waves and, of course, the William of Ockham principle, according to which the simplest idea will probably be the correct one. Room 102 was designed as a nursing space and currently houses Richard Serra’s piece Equal-Parallel: Guernica-Bengasi (1986), a sculpture with a strong historical content which formally enters into dialogue with the space and the body of the viewer.

Eliane Radigue, a renowned French composer, has worked with the modular synthesiser since the 1960s, developing diverse electronic pieces. More recently she has composed works for acoustic instruments.

Rhodri Davies, a free improvisation artist, is characterised by his use of rare sounds and timbres, in addition to barely changing, low and near silent volumes. He frequently works with the saxophonist John Butcher and the composer Philip Corner, among others. 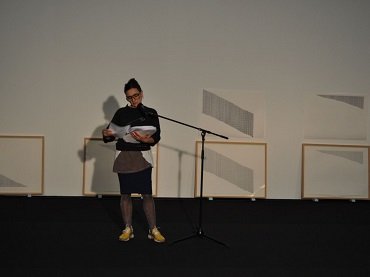 Itziar Okariz normally uses amplification and delay as expressive mediums to join the voice and body. On this occasion she works with space and audience through the use of applause, a sign of acceptance often shown in performing arts. This gesture and sound is tightly codified and controlled; rarely is it spontaneous and its timings and intensities have a specific meaning in auditoriums and theatres.

Yet applause can also be over signified, for instance when it starts to conclude a performance that no longer holds any interest, or when it is given slowly as a sign of derision. In the context of this intervention it is over exposed and conditioned by response and place.

The work of Itziar Okariz is characterised by actions produced that question norms surrounding language and the production of signs that define us as subjects. In her work, repetition and the decontextualisation of gestures and actions take on particular importance. 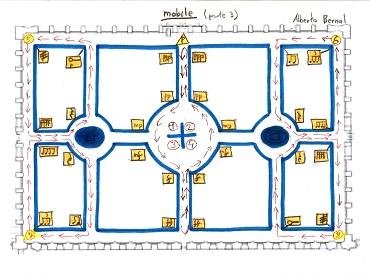 Alberto Bernal (with Neopercusión). Mobile. Work for a Percussion and a Performer

Mobile has been specifically composed for this space and programme and aims to explore the main garden in the Sabatini Building through four moving percussionists. For this purpose, the group of performers will traverse the corridors, turning the garden into another instrument. The piece analyses the sonorous possibilities of percussion and its relationship with the architecture, sculptures, vegetation, earth and water concentrated in the same garden. This spatial score makes use of four outer and four inner corners that form the corner points of Alexander Calder’s monumental sculpture Carmen, which has stood in the garden since 1992.

Alberto Bernal is a composer and sound artist with a classical background and eclectic influences who puts together pieces in the crossroads between music and visual arts. His work involves the search for limits: between aesthetics and socio-politics and between traditional spheres of perception – sound, images, words and daily perceptions.

Free, until full capacity is reached, with prior ticket collection at the Ticket Offices