The traumas of the First World War prompted André Masson to resume an artistic practice that had been brought to a standstill by the conflict. This new phase, undertaken in the early 1920s, would be heavily influenced by the work of Paul Cézanne, André Derain and Juan Gris, a synthesis Masson would realise and give rise to a distinctive and decorative Cubist style, the use of curved and winding forms affording a sensuality that was enough to catch the eye of André Breton, who would appeal for him to become part of the Surrealist group he created in 1924.
In 1921 Masson started to make a series of works with a common theme running through: the representation of different men together around a table, iconography taken from Derain’s work Drinker (1913–1914), and a theme he would use assiduously from 1923 to 1924. These groups of figures drinking, smoking, playing cards or gambling can be interpreted as memories of life in the trenches, and the presence of a pomegranate on the table acts as a symbol of both life and death.

André Masson
Artworks in the collection

Room 206.03
Carl Einstein. The Masses Are the Artist 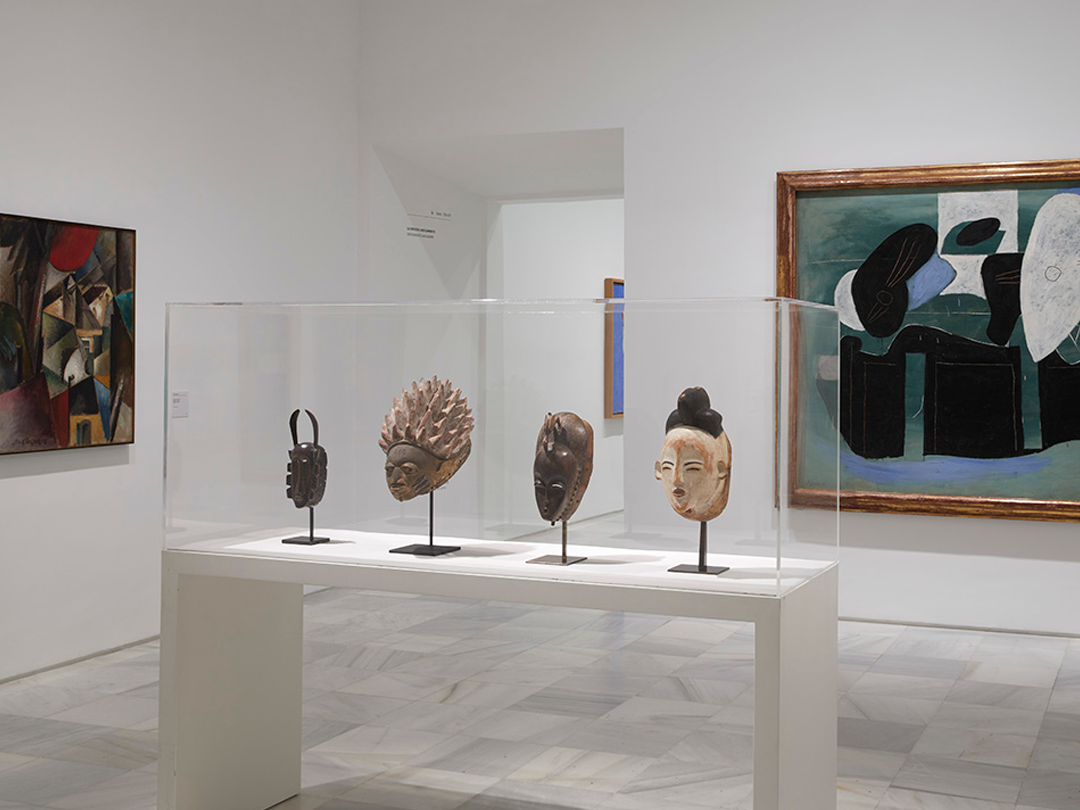