Francis Bacon began portraying figures lying on a bed with the triptych Three Studies for a Crucifixion, dated 1962. Early on, he represented human figures enclosed in a claustrophobic, dark space. Later, the explicit aspects of the portrait became something intimated in compositions of a single figure which establishes an ascetic space. Bacon approached the human body from the perspective of his nihilistic vision of existence, marked by the inevitability of death. The physicality of his depiction of the body seems to seek an immutability brimming with the vulnerability of human nature. His idea of being influences how he conceived painting. This reaffirmed figurative painting as a form of critical expression of reality during the period when abstraction was at the forefront. Bacon did not paint from life, instead he used memory and his personal photography archive as the main source of his imagery, which formed a visual dictionary of his world. The composition of Lying Figure (1966) demonstrates another of his points of reference, emerging from his dialogue with past masters such as Cimabue, Velázquez, Rembrandt, Poussin, Van Gogh and Picasso, and evoking the fallen figures of Mannerism through his representation of the body in forced foreshortening. Bacon, who lived through the successive collapses of the two world wars, went beyond visual replicas to reflect the human condition, the violence inherent in our nature, our existential isolation, the idea of being threatened, offering a new image of mankind that seems to embody the anguish of an entire age. 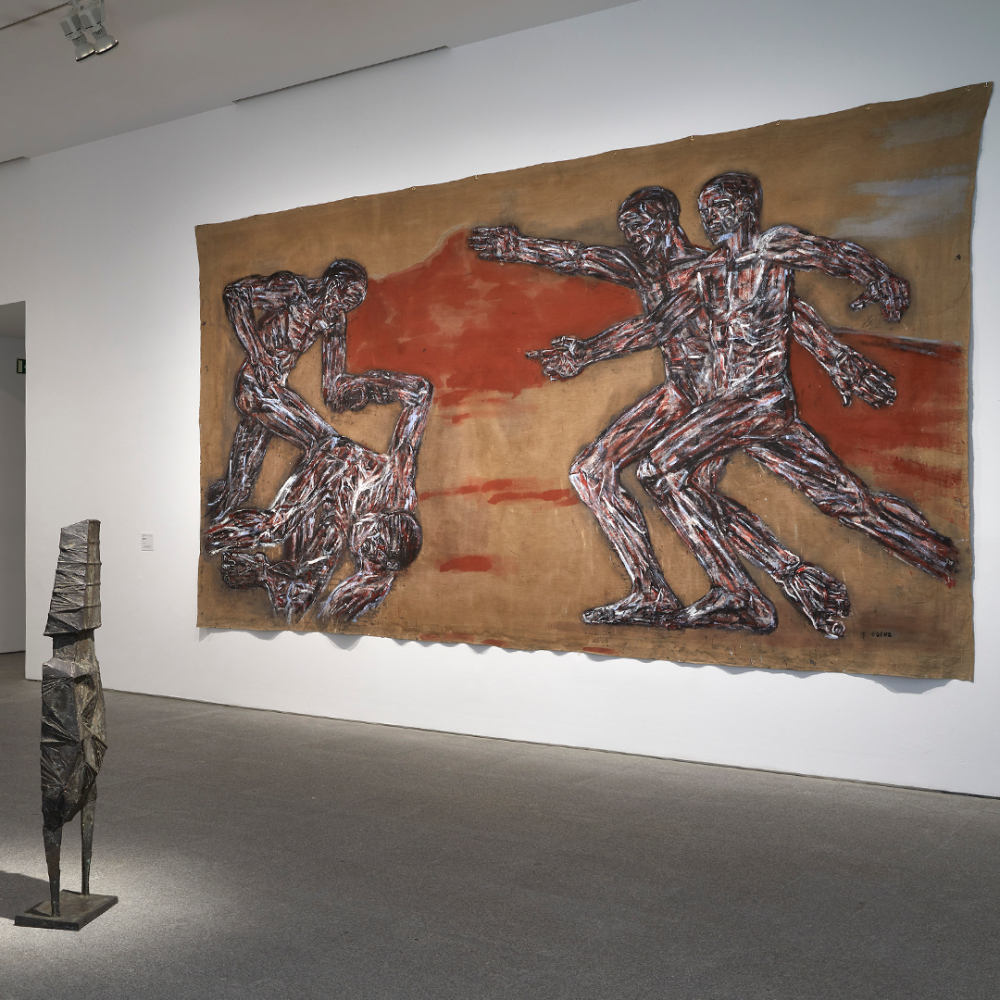