The enriching friendship between Salvador Dalí and Federico García Lorca when they were both at the Residencia de Estudiantes resulted in a number of works by each artist. In this still life, echoes of Lorca are present in most of the motifs used: the guitar, the moon going down at the top of the scene, which Lorca would refer to in his Oda a Salvador Dalí (Ode to Salvador Dalí) – “Night, black statue of prudence, holds the moon's round mirror in her hand” – and, above all, the bust lying on the table which looks like a portrait of Lorca.
Picasso’s influence would also inspire the construction of the painting, as Dalí acknowledged: “Rather than the guitar as a dry object, I have painted a guitar that is soft and viscous like fishes. This painting, directly influenced by Picasso, is clearly the precursor of my soft watches.” 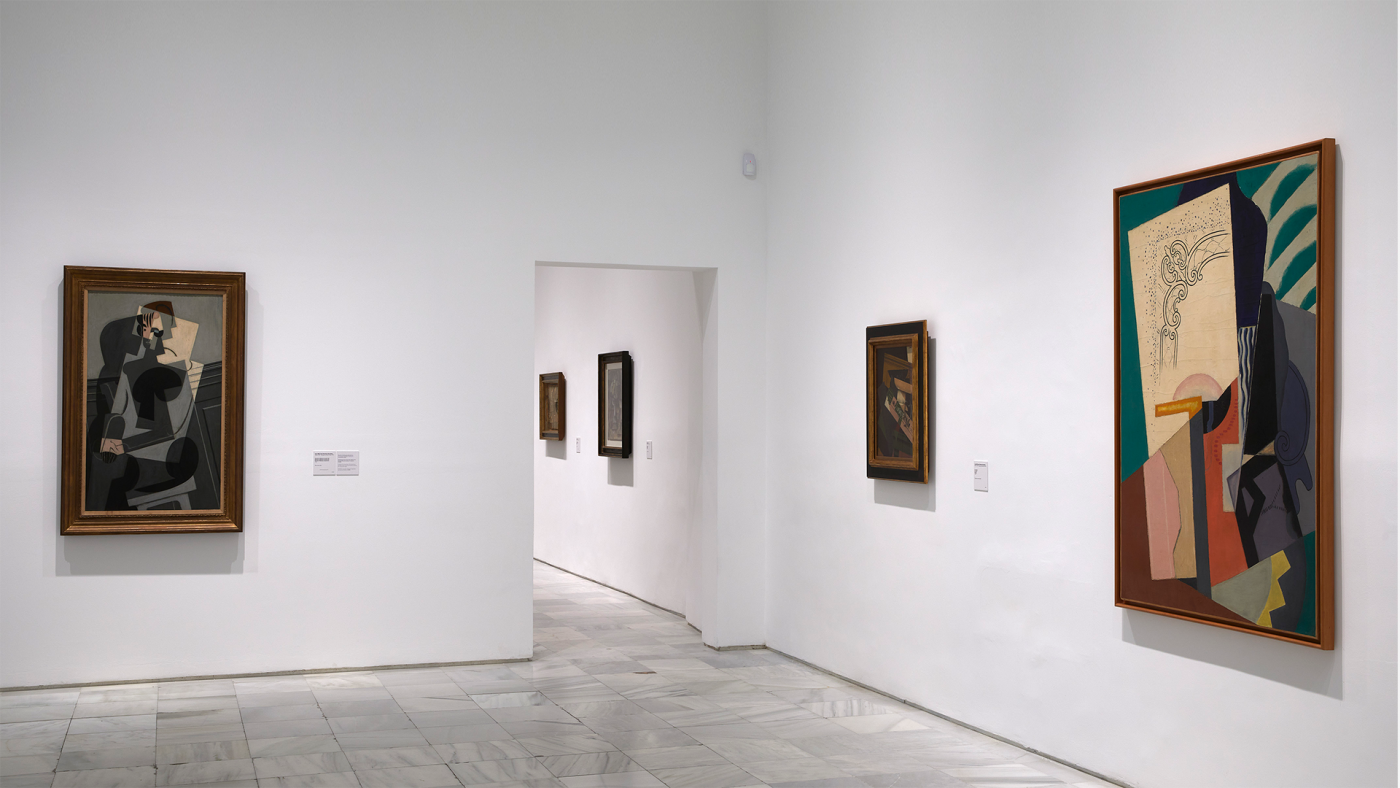