In 1920 José Gutiérrez Solana painted his famous work Tertulia del café de Pombo (The Gathering at the Café de Pombo), in his unique expressionist style. Nine years later, Ángeles Santos painted her own Tertulia (The Gathering), in diametrical opposition to Solana’s. As opposed to the hieraticism and stiffness of the Madrid artist’s characters, the four female protagonists of Ángeles Santos’ painting seem to be twisting in a sinuous movement that permeates the entire composition, which gives off an almost palpable sensation of mystery. Spontaneously, having almost no contact with the usual media that spread word of the latest European art movements, the artist had digested and reflected in this painting the principles of the New Objectivity, to such an extent that the coldness and magnetism of the images in Tertulia could be compared to certain creations by painters belonging to the German movement, such as those in Autorretrato (Self Portrait, 1927), by Christian Schad, or Retrato de la periodista Sylvia von Harden (Portrait of the Journalist Sylvia von Harden, 1926), by Otto Dix.

Room 203.02
Artworks in the collection 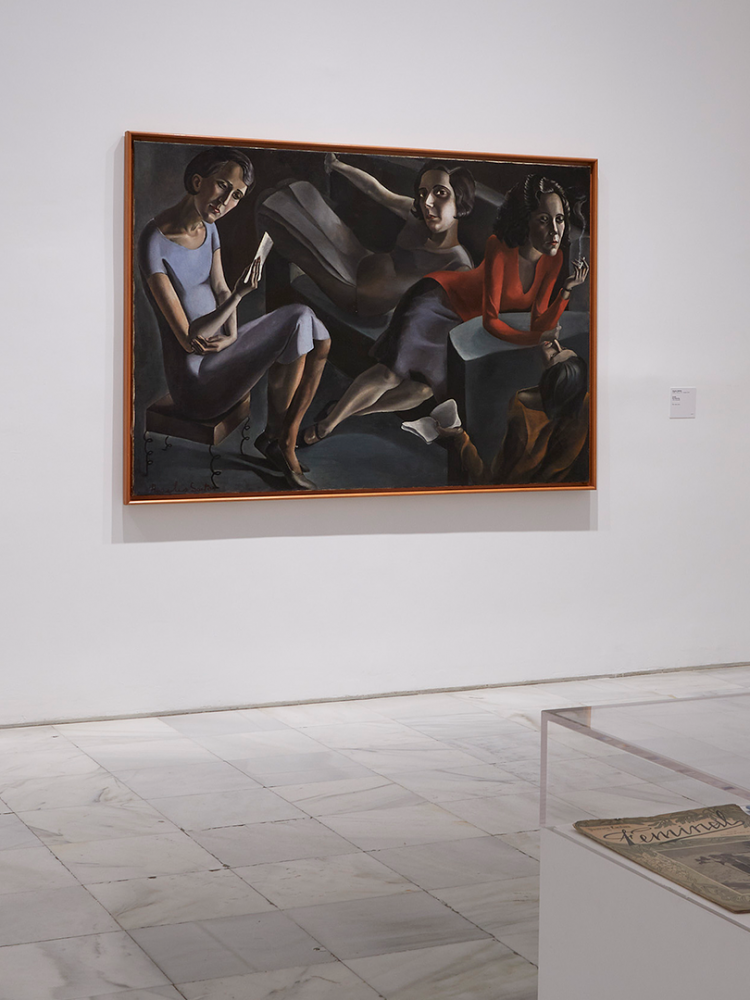